Research published this week in Earth System Dynamics reports that the most sensitive climate models overestimate global warming during the last 50 years.Three scientists from the University of Exeter studied the output of complex climate models and compared them to temperature observations since the 1970s.

A subset of models even showed that a doubling of CO2 could lead to over 5°C of warming, questioning whether the goals of the Paris agreement are achievable even if nations do everything they can.

The lead author of the study, Ph.D. candidate Femke Nijsse from the University of Exeter, said: “In evaluating the climate models we were able to exploit the fact that thanks to clean air regulation, air pollution in the form of climate-cooling aerosols have stopped increasing worldwide, allowing the greenhouse gas signal to dominate recent warming.”

The amount of warming that occurs after CO2 concentrations in the atmosphere are doubled is called the equilibrium climate sensitivity.

The study found that based on the latest generation of climate models the equilibrium climate sensitivity is likely between 1.9 and 3.4 °C.

Co-author Mark Williamson, of Exeter’s Global Systems Institute, added: “Global warming since 1970 also provides even better guidance on the rate of climate change in the future.

“We find a likely range for the ‘Transient Climate Response’ of 1.3-2.1 °C, whether we use the latest models or the previous generation of models.”

The new study is only one piece of the puzzle.

A recent review paper found that low estimates of climate sensitivity can be excluded because they are, in general, not consistent with climate changes in Earth’s past.

Co-author Professor Peter Cox explains the significance of these findings: “It is good to see that studies are now converging on a range of equilibrium climate sensitivity, and that both high and low values can be excluded.

“For over forty years, climate scientists have tried to pinpoint this quantity and it seems that we’re finally getting close.”

Provided by: University of Exeter 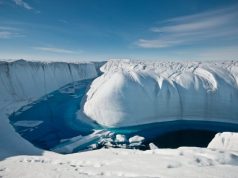 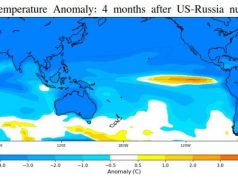 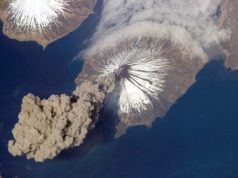