The experimental team used atomic bricks to build walls capable of stopping the graphene electrons. This was achieved by creating atomic walls that confined the electrons, leading to structures whose spectrum was then compared with theoretical predictions, demonstrating that electrons were confined. In particular, it was obtained that the engineered structures gave rise to nearly perfect confinement of electrons, as demonstrated from the emergence of sharp quantum well resonances with a remarkably long lifetime.

The work, published this week in Advanced Materials, demonstrates that impenetrable walls for graphene electrons can be created by collective manipulation of a large number of hydrogen atoms. In the experiments, a scanning tunneling microscope was used to construct artificial walls with sub nanometric precision. This led to graphene nanostructures of arbitrarily complex shapes, with dimensions ranging from two nanometres to one micron.

Importantly, the method is non-destructive, allowing researchers to erase and rebuild the nanostructures at will, providing an unprecedented degree of control to create artificial graphene devices. The experiments demonstrate that the engineered nanostructures are capable of perfectly confining the graphene electrons in these artificially designed structures, overcoming the critical challenge imposed by Klein tunneling. Ultimately, this opens up many exciting new possibilities, as the nanostructures realize graphene quantum dots that can be selectively coupled, opening possibilities for artificially designed quantum matter.

Stacking and twisting graphene unlocks a rare form of magnetism 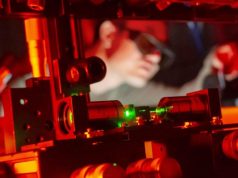 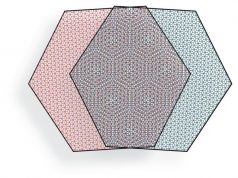