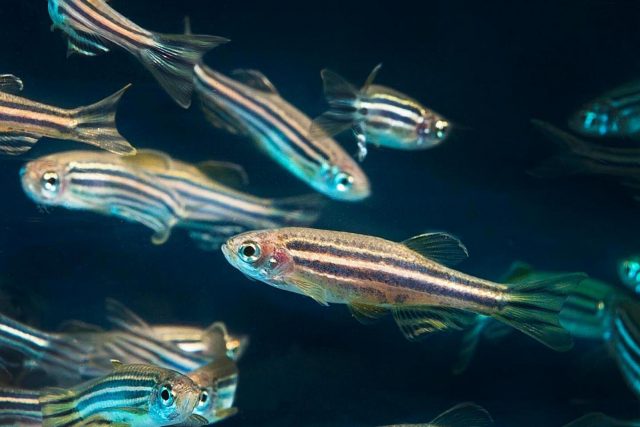 It is already known that zebrafish can flexibly regenerate their hearts after injury. An international research group led by Prof. Nadia Mercader of the University of Bern now shows that certain heart muscle cells play a central role in this process. The insights gained could be used to initiate a similar repair process in the human heart.

In mammals, including humans, the heart muscle has a very limited capacity to recover after injury. After an acute myocardial infarction, millions of cardiac muscle cells called cardiomyocytes die and are replaced by a scar. Unlike mammals, other vertebrates can recover much better from cardiac damage. This is the case of some fish, including the zebrafish, a well-established animal model in biomedical research that shares with humans most of its genes.

Zebrafish are extremely well-suited for the study of organ regeneration. After heart injury, zebrafish cardiomyocytes can divide and the scar is replaced by new cardiac muscle. The group of Nadia Mercader from the Institute of Anatomy at the University of Bern has been interested in understanding the cellular mechanisms of heart regeneration over the last 10 years. Now, the researchers show that not all cardiomyocytes in the zebrafish heart contribute equally to regenerate the lost muscle, but that there is a specific subset of cardiomyocytes with enhanced regenerative capacity. The study has been published in Cell Reports.

The researchers teamed up with the Interfaculty Bioinformatics Unit at the University of Bern, EMBL (Heidelberg, Germany), CNIC (Madrid, Spain) and the Hospital Universitario La Paz (Madrid, Spain). Using transgenic tools, Marcos Sande-Melón, lead author of the study, and colleagues could identify a small subset of cardiomyocytes in the zebrafish heart, marked by sox10 gene expression that expanded more than the rest of the myocardial cells in response to injury. These cells differed from the rest of the myocardium also in their gene expression profile, suggesting that they represented a particular cell subset. Furthermore, experimental erasure of this small cell population impaired heart regeneration.

“We were able to identify a specific cell population that is more efficient than all other heart muscle cells during regeneration, and showed that its contribution to repair is essential,” says Mercader.

In continuing research, the authors would like to unravel the role of sox10 in this cell population: “We want to find out whether the absence of such a sox10 cell population in mammals could explain why their heart does not regenerate well,” explains Mercader. If this is the case, the researchers believe that this finding could be of great importance in stimulating the repair process in the human heart.

Provided by: University of Bern

Image: It is already known that zebrafish can flexibly regenerate their hearts after injury. An international research group led by Prof. Nadia Mercader of the University of Bern now shows that certain heart muscle cells play a central role in this process. The insights gained could be used to initiate a similar repair process in the human heart.
Credit: Lynn Ketchum, Oregon State University/Wikicommons_ 26436913602

Sea lions yawn due to anxiety