Experimental condensed matter physicists in the Department of Physics at the University of Oklahoma have developed an approach to circumvent a major loss process that currently limits the efficiency of commercial solar cells.

Solar cells convert the sun’s energy into electricity and are the main component of solar panels and many types of electrical devices as broad-ranging as satellites and calculators.

Members of the Photovoltaic Materials and Devices Group, led by OU associate professor in the Homer L. Dodge Department of Physics and Astronomy, Ian Sellers, along with theorists at Arizona State University, led by David K. Ferry, have demonstrated a breakthrough toward the development of a hot carrier solar cell.

A hot carrier solar cell is a device that would increase the efficiency of solar cells by more than 20%, which Sellers said would be a significant breakthrough for solar energy.

“Although this device has been the source of a considerable amount of research over the last 10 to 15 years, the realization of a practical solution has thus far eluded researchers with proof-of-principle demonstrations only presented under unrealistic conditions or in materials and structures not relevant for solar cell operation,” said Sellers.

Sellers says this new approach, recently published in the journal Nature Energy, demonstrates “significant progress in the realization of the hot carrier solar cell and the potential for ultra-high-efficiency single-junction semiconductor devices, which would revolutionize the field of photovoltaics and renewable energy generation.”

Provided by: University of Oklahoma 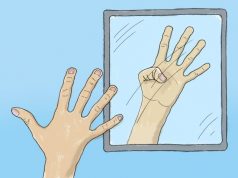 In search for dark matter, new fountain design could become wellspring of answers

Over a period of 39 months, invasive keyhole wasps

Researchers from the Centre of Excellence for Quan

One of world's earliest examples of art, the enigm

Bees and humans are about as different organisms a

The next generation of optical fiber could be a st

You can't see it. You can't feel it. But the subst

The drastically increasing influence of humans on

Ocean vertical structures are changing as a result

An international team of geologists, headed by mem

Black holes are thought to gobble up so much surro

Physicists at the Max Planck Institute of Quantum

A faraway galaxy with almost no dark matter has th

Tyrannosaurus rex was one of the biggest meat-eat

The solar system follows the galactic standard—but it is a rare...