The painful toxins wielded by a giant Australian stinging tree are surprisingly similar to the venom found in spiders and cone snails, University of Queensland researchers have found.

The Gympie-Gympie stinging tree is one of the world’s most venomous plants and causes extreme long-lasting pain.

The tree’s scientific name is Dendrocnide which literally means ‘stinging tree’—a member of the nettle family which can be found in Australia from the Northern Rivers region of NSW, through Gympie QLD and all the way to the tip of the Cape York Peninsula.

“The Australian stinging tree species are particularly notorious for producing excruciatingly painful sting, which unlike those of their European and North American relatives can cause symptoms that last for days or weeks.

“Like other stinging plants such as nettles, the giant stinging tree is covered in needle-like appendages called trichomes that are around five millimetres in length—the trichomes look like fine hairs, but actually act like hypodermic needles that inject toxins when they make contact with skin,” Associate Professor Vetter said.

Historically, small molecules in the trichomes such as histamine, acetylcholine and formic acid have been tested but injecting these does not cause the severe and long-lasting pain of the stinging tree, suggesting that there was an unidentified neurotoxin to be found.

“We were interested in finding out if there were any neurotoxins that could explain these symptoms, and why Gympie-Gympie can cause such long-lasting pain,” Associate Professor Vetter said.

The team did indeed find such neurotoxins—a completely new class of miniproteins that they termed “Gympietides”, after the indigenous name for the plant.

“Although they come from a plant, the gympietides are similar to spider and cone snail toxins in the way they fold into their 3-D molecular structures and target the same pain receptors—this arguably makes the Gympie-Gympie tree a truly “venomous” plant.

Associate Professor Vetter said the long-lasting pain from the stinging tree may be explained by the gympietides permanently changing the sodium channels in the sensory neurons, not due to the fine hairs getting stuck in the skin.

“By understanding how this toxin works, we hope to provide better treatment to those who have been stung by the plant, to ease or eliminate the pain,” she said.

“We can also potentially use the gympietides as scaffolds for new therapeutics for pain relief.”

With these toxins from both plants and animals having a shared method of causing pain, it begs the question, when and how did these toxins evolve?

The researchers point to two possibilities for the toxin’s evolution from either an ancestral gene in an ancient shared ancestor or convergent evolution, where nature re-invents the most fitting structure to fit a common purpose.

The research team hope that the gympietides will provide new information on how pain-sensing nerves function and contribute to developing new painkillers.

Provided by: University of Queensland 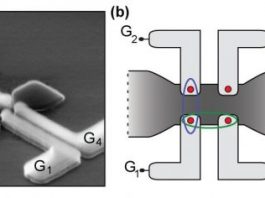 Important milestone in the creation of a quantum computer 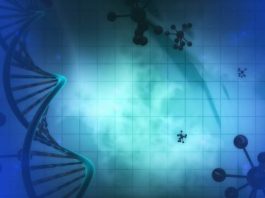 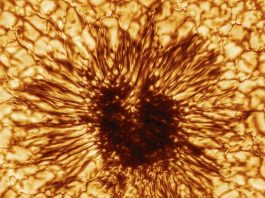