Tiny factories float inside our cells and provide them with almost all the energy they need: the mitochondria. Their effectiveness decreases when we get older, but also when we face many diseases such as diabetes, cancer or Parkinson’s. This is why scientists are increasingly interested in how they work. At EPFL, a team has developed a protocol to measure their activity live in living animals. Described in Nature Chemical Biology, the method relies on the molecule responsible for the firefly’s bioluminescence. In the most literal sense of the word, this study sheds light on how mitochondria work.

Mitochondria are almost like cells within the cell. Like their host, they have a membrane that protects their genetic material and, above all, filters exchanges with the outside. The difference in electrical charge between the inside and the outside of the mitochondria, called ‘membrane potential,’ allow certain molecules to go through, while other ramain at bay.

As between the two poles of a used electric battery, the membrane potential of the mitochondria can sometimes drop. For scientists, this is an unmistakable clue that its functions are impaired.

We know how to measure the phenomenon on cultured cells. But until now, you couldn’t really see it on live animals. “Cell cultures are not very effective in studying diseases linked to mitochondria,” explains Elena Goun, professor at EPFL and lead author of the article, “Cancer or diabetes involve complex exchanges between various types of cells, therefore we need animal models. “

Elena Goun and her colleagues have found a way to study the phenomenon in live mice. They use animals that are genetically modified to express luciferase—an enzyme that produces light when combined with another compound called luciferin. This is how fireflies sometimes light up our summer evenings.

Scientists have developed two molecules that, when injected into the rodent, pass into the mitochondria, where they activate a chemical reaction. The mitochondria then produce luciferin and eject it outwards. Luciferin combines with luciferase in the mice’s cells and produce light.

“In a completely darkened room, you can see the mice glowing, just like fireflies,” says Elena Goun.

Researchers need only measure light intensity to get a clear picture of how well the mitochondria are functioning. When they function less well, their membrane lets in less chemical compounds. The production of luciferin decreases, and therefore the luminosity too.

To demonstrate the potential of their method, the researchers carried out several experiments. For example, they observed that older rodents produce significantly less light. This drop in light reflects a drop in the activity of mitochondria—their membrane potential is much lower than in younger rodents. We know that age causes a decrease in the activity of mitochondria, but this is the first time that the phenomenon has been accurately measured directly in living animals.

The team also tested a chemical known to rejuvenate mitochondria: nicotinamide riboside. This molecule is non-toxic and commercially available as a dietary supplement. Mice given this compound produced more light, a sign of increased mitochondrial activity.

The researchers were also able to measure the same phenomenon in animal models of cancer. This could be of great help for anticancer drug research. In addition, they also successfully demonstrated monitoring of mitochondria membrane potential in cells of brown adipose tissue, rich in mitochondria. Its stimulation could help cure certain forms of obesity.

The method described by Elena Goun is primarily intended for scientists who want to better understand the role of mitochondria and who need an animal model. The field of application is wide: diabetes, oncology, aging, nutrition, neurogenerative diseases… “Our process can measure varying degrees of mitochondria activity, and not just an on / off signal,” explains Elena Goun. “It is extremely sensitive—much more than a PET scan—affordable and easy to implement. 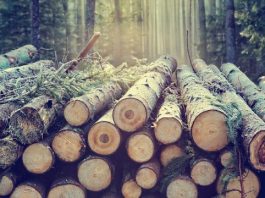 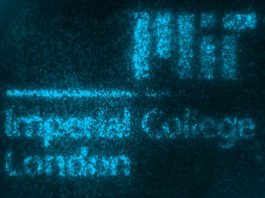 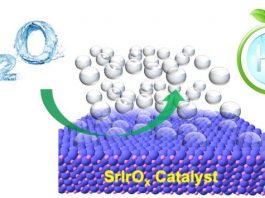