A study led by scientists at the American Museum of Natural History has resolved a long-standing controversy about an extinct “horned” crocodile that likely lived among humans in Madagascar. Based on ancient DNA, the research shows that the horned crocodile was closely related to “true” crocodiles, including the famous Nile crocodile, but on a separate branch of the crocodile family tree. The study, published today in the journal Communications Biology, contradicts the most recent scientific thinking about the horned crocodile’s evolutionary relationships and also suggests that the ancestor of modern crocodiles likely originated in Africa.

“This crocodile was hiding out on the island of Madagascar during the time when people were building the pyramids and was probably still there when pirates were getting stranded on the island,” said lead author Evon Hekkala, an assistant professor at Fordham University and a research associate at the American Museum of Natural History. “They blinked out just before we had the modern genomic tools available to make sense of the relationships of living things. And yet, they were the key to understanding the story of all the crocodiles alive today.”

The arrival of modern humans in Madagascar between about 9,000 and 2,500 years ago preceded the extinction of many of the island’s large animals, including giant tortoises, elephant birds, dwarf hippos, and several lemur species. One lesser-known extinction that occurred during this period was that of an endemic “horned” crocodile, Voay robustus. Early explorers to Madagascar noted that Malagasy peoples consistently referred to two types of crocodiles on the island: a large robust crocodile and a more gracile form with a preference for rivers. This suggests that both types persisted until very recently, but only the gracile form, now recognized as an isolated population of the Nile crocodile (Crocodylus niloticus), is currently is found on the island.

Despite nearly 150 years of investigation, the position of the horned crocodile in the tree of life has remained controversial. In the 1870s, it was first described as a new species within the “true crocodile” group, which includes the Nile, Asian, and American crocodiles. Then, in the early part of the 20th century, it was thought that the specimens simply represented very old Nile crocodiles. And finally, in 2007, a study based on physical characteristics of the fossil specimens concluded that the horned crocodile was actually not a true crocodile, but in the group that includes dwarf crocodiles.

“Teasing apart the relationships of modern crocodiles is really difficult because of the physical similarities,” Hekkala said. “Many people don’t even realize that there are multiple species of crocodiles, and they see them as this animal that’s unchanging through time. But we’ve been trying to get to the bottom of the great diversity that exists among them.”

To fully examine the horned crocodile’s place in the evolutionary tree, Hekkala and her collaborators at the Museum made a number of attempts to sequence DNA from fossil specimens, including two well-preserved skulls that have been at the Museum since the 1930s.

“This a project we’ve tried to do on and off for many years, but the technology just hadn’t advanced enough, so it always failed,” said study co-author George Amato, emeritus director of the Museum’s Institute for Comparative Genomics. “But in time, we had both the computational setup and the paleogenomic protocols that could actually fish out this DNA from the fossil and finally find a home for this species.”

The results place the horned crocodile right next to the true crocodile branch of the evolutionary tree, making it the closest species to the common ancestor of the crocodiles alive today.

“This finding was surprising and also very informative to how we think about the origin of the true crocodiles found around the tropics today,” Amato said. “The placement of this individual suggests that true crocodiles originated in Africa and from there, some went to Asia and some went to the Caribbean and the New World. We really needed the DNA to get the correct answer to this question.”

Image: A skull of the extinct horned crocodile from Madagascar (Voay robustus), which is part of the American Museum of Natural History’s paleontology collection.
Credit: M. Ellison/©AMNH 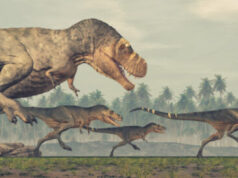 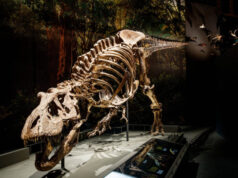 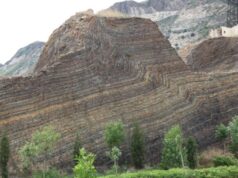 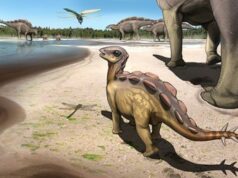 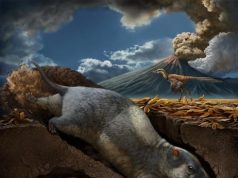 Pyrosomes: Enigmatic marine inhabitants with an important role in the Cabo...

Cryptic sense of orientation of bats localized: The sixth sense of...