The Bosnian Indiana Jones has come into contact with a giant stone sphere. Like the famous movie counterpart, this large object is also bringing excitement along with it. The stone sphere discovered in mid-March, 2016 in Bosnia may be the largest of its kind in the world, however there is much debate if the feature is man-made or natural. The stone ball was discovered in a forest in Podubravlje and has a radius of between 1.2 – 1.5 meters (3.9-4.9 ft.) Preliminary tests suggest that it could weigh over 30 tons, making it the most massive stone sphere in Europe. 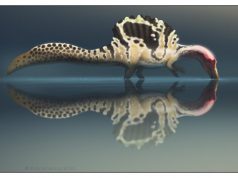