Research published today in Nature has found that many of the viruses infecting us today have ancient evolutionary histories that date back to the first vertebrates and perhaps the first animals in existence.

The study, a collaboration between the University of Sydney, the China Center for Disease Control and Prevention and the Shanghai Public Health Clinical Centre, looked for RNA viruses in 186 vertebrate species previously ignored when it came to viral infections.

“This study reveals some groups of virus have been in existence for the entire evolutionary history of the vertebrates — it transforms our understanding of virus evolution,” said Professor Eddie Holmes, of the Marie Bashir Institute for Infectious Diseases & Biosecurity at the University of Sydney.

“For the first time we can definitely show that RNA viruses are many millions of years old, and have been in existence since the first vertebrates existed.

“Fish, in particular, carry an amazing diversity of viruses, and virtually every type of virus family detected in mammals is now found in fish. We even found relatives of both Ebola and influenza viruses in fish.”

However, Professor Holmes was also quick to emphasise that these fish viruses do not pose a risk to human health and should be viewed as a natural part of virus biodiversity.

“This study emphasises just how big the universe of viruses — the virosphere — really is. Viruses are everywhere.

“It is clear that there are still many millions more viruses still to be discovered,” he said.

The newly discovered viruses appeared in every family or genus of RNA virus associated with vertebrate infection, including those containing human pathogens such as influenza virus.

Provided by:
University of Sydney

Study provides insight into how the brain may have evolved 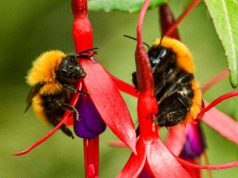 Astronomers at the Center for Astrophysics Harvar

Scientists from the International Centre for Radio

Catnip is known to hold a special place in the hea

Two studies by scientists at Bristol's Schools of

Prostate cancer is one of the most common cancers

Prostate cancer is one of the most common cancers

Physicists use ‘hyperchaos’ to model complex quantum systems at a fraction...

Study provides insight into how the brain may have evolved